It was announced on February 20, 2015, that Grande would be releasing her own signature fragrance. She said, "I really want to create something that encompasses everything I love."[1][2] On April 1, 2015, Grande went to LUXE labs in New York City to create the working on the perfume.[3] She let her brother, Frankie help her pick out the scents.[4][5] On April 9, 2015, Grande posted a picture of her dad helping her pick out fragrance names, where he suggested "Eclipse."[6]

On June 19, 2015, Grande posted two pictures of the packaging along with the name of the fragrance.[7] However, Grande later told her fans that she was only supposed to release the name that day but accidentally posted too much information.[8][9] On July 23, 2015, Grande shared another teaser for the perfume which included the bottle design and the launch of a new fragrance website where you can view a behind-the-scenes video.[10][11]

Grande also talked about the fragrance and it's bottle, stating "I worked closely with the team and the designer to create a bottle that represents everything I love. It's beautiful, feminine, and flirty all at the same time. The marshmallow is just an added wink that makes me smile every time I use the fragrance."[12] The scent of the perfume is super girly and flirty with a blend of fruity, musks, and a hint of dart marshmallow. Grande released the first advertisement on August 5, 2015 which features three Dalmatians.[13] Fans at Grande's stop in Toronto of The Honeymoon Tour received free samples of the perfume.[14][15] On September 15, 2015, Grande went to The Tonight Show with Jimmy Fallon to promote her fragrance.[16]

A promo for the perfume was released on November 15, 2015 featuring Grande's new song "Focus" and her dog Toulouse.[17]

ARI opens with a sparkling burst of fruits; pear, grapefruit, and raspberry. After the first whiff of the fruity paradise, the heart notes of muguet, rosebuds, and vanilla orchid chime in. Finally, the drydown of the perfume comes to play with marshmallow, musk, and blonde woods.

This fragrance is perfect for younger women who are wanting an attracting fragrance. ARI by Ariana Grande is a playful perfume, more on the immature side. 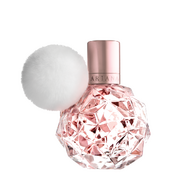 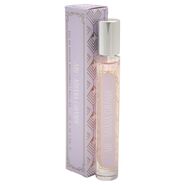 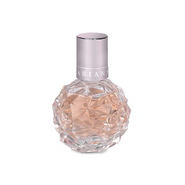 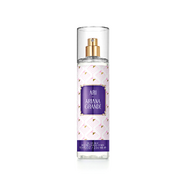 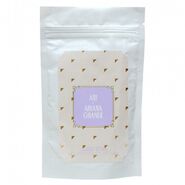 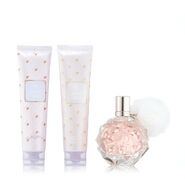 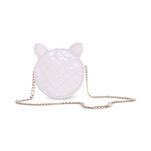 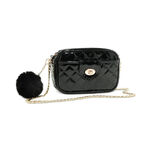 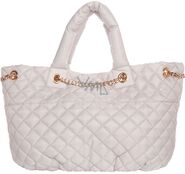 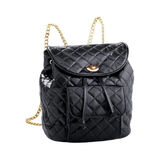 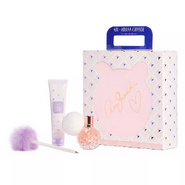 Perfume with an atomizer 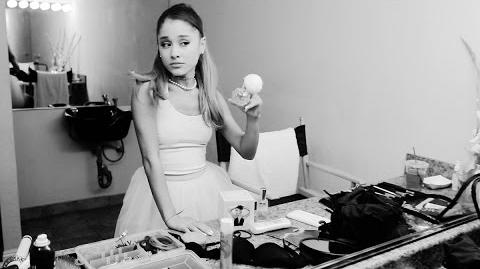 Behind the scenes of the Ari by Ariana Grande fragrance commercial 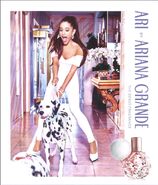 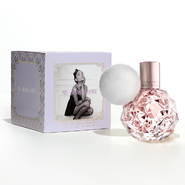 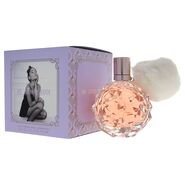 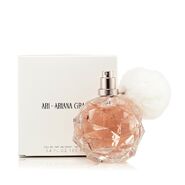 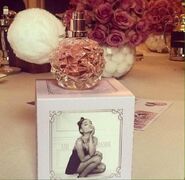 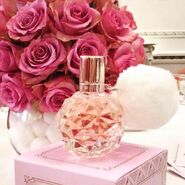 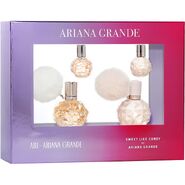 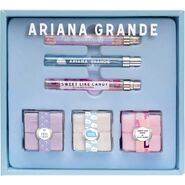 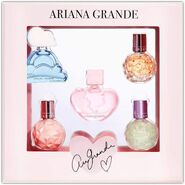 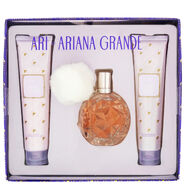 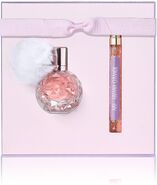 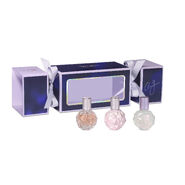 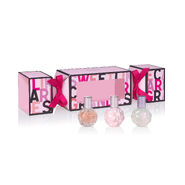 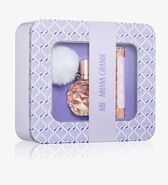 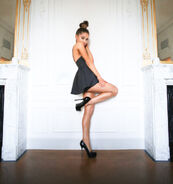 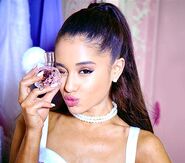 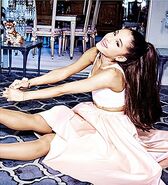