Aaron Simon Gross is Ariana Grande's best friend. They both grew up in Boca Raton, Florida and have been friends for a long time. Following being childhood best friends, Aaron and Ariana both starred in 13: The Musical on Broadway in 2008. They are still very close and see each other frequently, maintaining a great relationship. 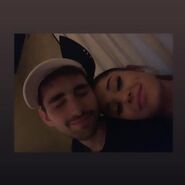 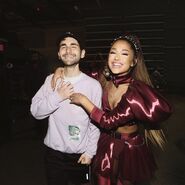 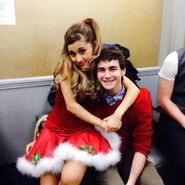