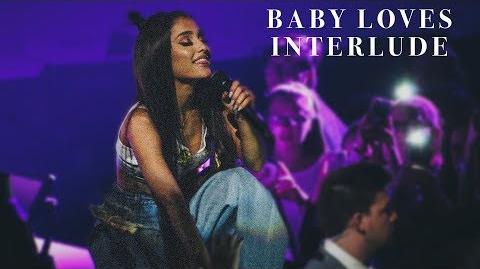 Good things come to those who wait
But patience ain't my thing
The way he holds me shows me, he's the one
For sure the one

At night, just when I look up at the moon
I wonder if he's looking at it too
And I don't know what to do

Retrieved from "https://arianagrande.fandom.com/wiki/Baby_Loves?oldid=94593"
Community content is available under CC-BY-SA unless otherwise noted.