Start a Wiki
For the 2013 cover by Grande, see Be Alright (Justin Bieber song).

"Be Alright" is the third track from Ariana Grande's third studio album, Dangerous Woman. It was released through Republic Records as a promotional single on March 18, 2016. The song peaked at #3 on the iTunes US charts within 24 hours of release and debuted and peaked at No. 43 on the Billboard Hot 100.

On June 17, 2015, Grande finished recording this song and shared two snippets on her Snapchat that night.[1][2] On January 6, 2016, Grande posted a picture of presumably part of the track listing of her third album written on a whiteboard, and the opening song was "Be Alright."[3] However, the opening track was later decided to be "Moonlight". On January 20, 2016, Grande shared 2 more snippets of the song on her Snapchat account and shared the lyrics that were in the teasers the next day.[4]

Grande performed "Be Alright" for the first time during the 41st season of Saturday Night Live on March 12, 2016.[6] The performance had Grande with her dancers doing a "Vogue-filled" choreography.[7] "Be Alright" was performed during Grande's set on the 2016 Wango Tango and Vevo Sessions.[8][9] "Be Alright" was also added on the Dangerous Woman Tour as the opening song. Grande opened the One Love Manchester benefit concert with "Be Alright" on June 4, 2017.[10] She also performed the song at the A Concert For Charlottesville benefit gig on September 24, 2017.[11]

Grande performed the song in a capella version at the Sweetener Sessions on August 22, 2018 in Chicago.

The song was a regular part of the setlist of Grande's Sweetener World Tour, which began on March 18, 2019 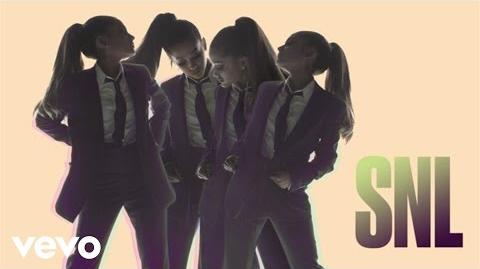 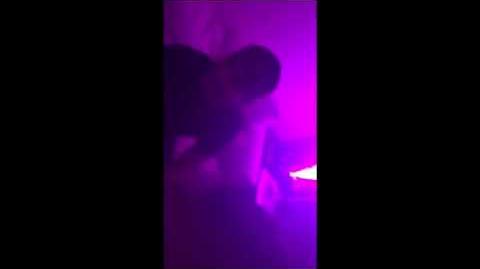 Retrieved from "https://arianagrande.fandom.com/wiki/Be_Alright_(Ariana_Grande_song)?oldid=97228"
Community content is available under CC-BY-SA unless otherwise noted.