Carpool Karaoke is a recurring segment on The Late Late Show with James Corden in which James Corden, the host of the show, invites famous musical guests to sing along to their songs with him whilst he is driving on a planned route usually in Los Angeles. Apple Inc. bought the worldwide rights to Carpool Karaoke in 2016.[ Its adaptation of the series premiered in August 2017 for Apple Music subscribers.

In 2016, Apple Music announced that it would distribute a TV series, based on Corden's segment, called Carpool Karaoke: The Series. The series premiered on August 9, 2017, with new episodes each Wednesday, available to Apple Music subscribers. 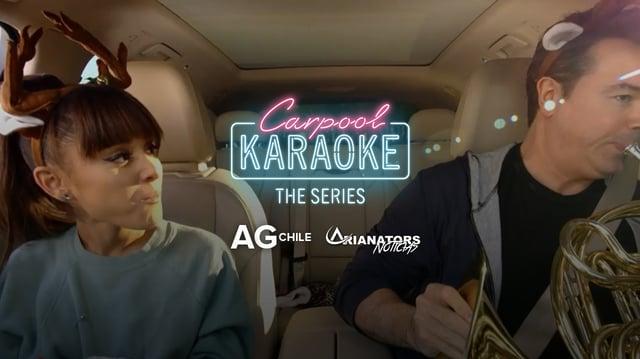