Cosmopolitan is an international magazine for women. It was first published in 1886 in the United States as a family magazine, was later transformed into a literary magazine and eventually became a women's magazine in the late 1960s. Ariana Grande was on the cover of the February 2014 issue of Cosmopolitan and on April 2017. 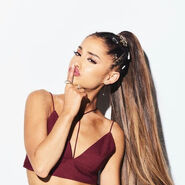 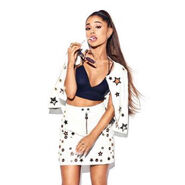 Outtake
Add a photo to this gallery

Retrieved from "https://arianagrande.fandom.com/wiki/Cosmopolitan?oldid=87145"
Community content is available under CC-BY-SA unless otherwise noted.