BIA mentioned Trap Vogue in her interview with Vibe magazine in September 2016.[1] She called it a high-energy project that will be coming out before her debut album; she confirmed on Twitter that it will be her next release.[2]

The song has now been scrapped due to a sampling issue that Bia does not have rights to.

During January 2018, the song was registered on ASCAP Ace Repertory.[3] On January 15, Bia tweeted, "I have not registered any new songs, I don't know who did & I have someone looking into it." She added that her new project will not be called Trap Vogue and that she changed the name a long time ago.[4]

[Verse 1: Bia & Julio Jaramillo]
Uh
He said he want him a 'Rican (Esta)
A foreign thing, no English-speakin' (Esta)
No hablo inglés at all when we freakin'
It's always intriguin' cause I gotta do all the teachin' (Esta noche, tengo)
¿Cómo se dice "You handsome?" (Esta)
This is God, baby, this wasn't random (Esta)
I might just let you sleep over my mansion
Then wake you up to sweet pussy and plantains (Esta noche, tengo)
Oye, you nasty, oh, ya tú sabe (Esta)
Me gusta cuando que tú tiene hambre (Esta)
I call you papi and you call me mami
Yo tengo jugo en mi sweat y en mi sangre (Esta noche, tengo)
Oye

[Verse 2: Bia & Julio Jaramillo]
Uh
He said I'm drivin' him loco (Esta)
He know I'm too fly to be local (Esta)
Any friend of mine gotta be fine anti-social
And Grande, she don’t like 'em broke, yo tampoco (Esta noche, tengo)
He fell in love with the coco (Esta)
Gave him peace of mind, he spent his last dime on the toto (Esta)
Siempre sale en mis fotos
Too bad I don't though, 'cuz I don't need no extra promo (Esta noche, tengo)
Get down with my mafioso (Esta)
You can decide whether you want it plata o plomo (Esta noche)
I do my dirt on the low though
Trap all I know-know (Esta noche, tengo)
You ain't got whose money? ¿Cómo? 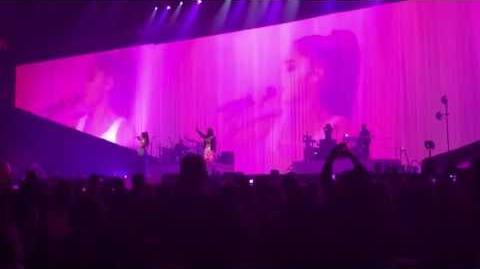 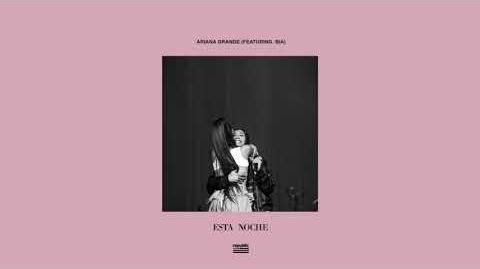