Frankie was announced on January 19, 2016, by Grande's half brother, Frankie Grande. It became available exclusively in few stores all around the US on January 20, 2016. It was released in the UK on February 2, 2016.

Frankie opens with an irresistible scent of pepper, pear, and apricot. Next, the delicious heart notes of orchid and cedar wood. Finally, the drydown scent of Frankie is a wonderful burst of sandalwood, musks, and sugar crystals. 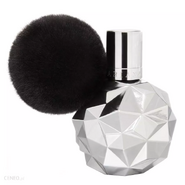 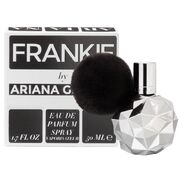 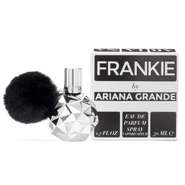 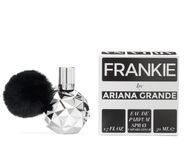 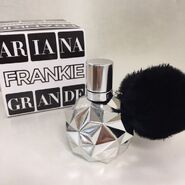