Diplo
"In Your Hands" is a song by Diplo featuring Ariana Grande.

[Verse 1]
In your hands
I turn into something better than I am
I forget just where I end and you begin
Baby, I'm the only one that gave a damn
So take my hand

I wanna run
We could run like waterfalls and chase the sun
We could stay up late, so faded and get done
Baby, you're the only one I wanna love
So let's run

[Pre-Chorus]
My fingertips chase the silhouette of your skin
And all your lips taste like [?]
Body touch, won't you understand
In your hands
I'm in your hands

[Verse 2]
You're the paint, I'm the canvas
Gonna be just what I am
I'll be every masterpiece you ever made
I know I'm risky, I'm the risk you wanna take
Ain't no mistake

[Pre-Chorus]
My fingertips chase the silhouette of your skin
And all your lips taste like [?]
Body touch, won't you understand
In your hands
I'm in your hands 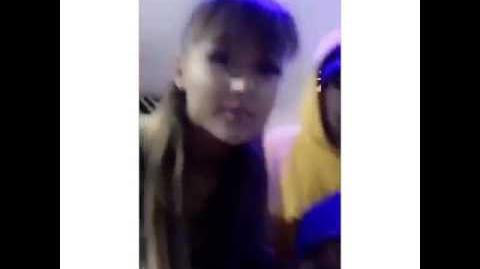