Knock Knock Live is a reality television show hosted by Ryan Seacrest. It features guest celebrities who surprises people who have made a positive impact in their community. The show was canceled after the first two episodes due to low ratings.

Ariana Grande appeared in "Episode 2" which aired on July 28, 2015. Ariana surprised a fan with VIP tickets to a show on The Honeymoon Tour and gave her $15,000 for college tuition. 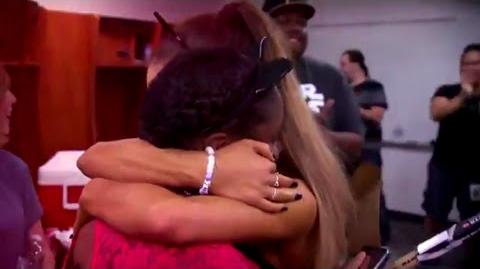