Kristen Mary Jenner (formerly Kardashian; born November 5, 1955) is an American television personality, entertainment manager, producer, businesswoman, and author. She rose to fame starring in the reality television series, Keeping Up with the Kardashians (2007–present). Jenner appears in the "Thank U, Next" music video.

Jenner runs her own production company, Jenner Communications, which is based in Los Angeles. Since before the start of Keeping Up with the Kardashians, she has managed her daughter Kim's career. She also is involved with the business management of her other daughters and son.

Jenner opened a children's boutique in 2004 with her eldest daughter, Kourtney. The boutique was called "Smooch" and was open for almost six years before closing down in 2009. 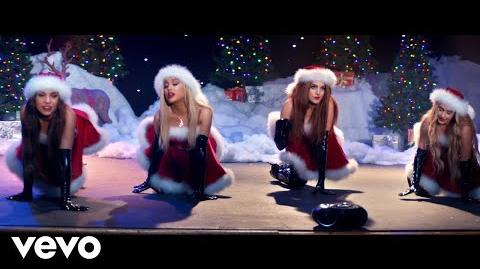 Ariana Grande - thank u, next

Retrieved from "https://arianagrande.fandom.com/wiki/Kris_Jenner?oldid=90590"
Community content is available under CC-BY-SA unless otherwise noted.