View source
The topic of this page has a wiki of its own: Gagapedia.

She has collaborated with Ariana Grande on "Rain On Me", a track from her sixth studio album, Chromatica.[1] It was later nominated for a grammy. 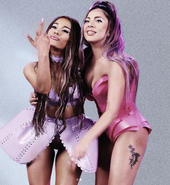 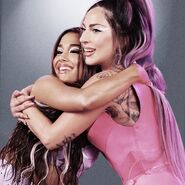 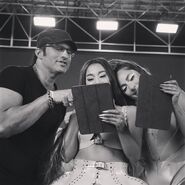