View source
The topic of this page has a wiki of its own: Scream Queens Wikia.

You Belong To Me

Scream Queens is a horror-comedy television series that premiered on FOX on September 22, 2015.

Season One is set on a college campus that's rocked by a series of murders. The murders are committed by an unknown person in a Red Devil Costume.

In March 2015, rumors emerged that Ariana and co-star Emma Roberts were fighting on set. The reports said that Ariana demanded that there no cell phones which made Emma mad. However, Fox Network quickly shut down the rumors and stated that Ariana had not even been to the set yet as she was currently touring on her Honeymoon Tour.[3] Ariana then tweeted Emma Roberts a few days later which showed that they were not fighting.[4] 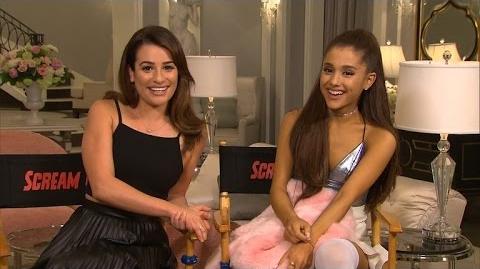