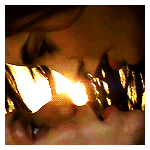 Hey guys my name is Maryna Kohler and I am one of the Tiny Elephants!!!

Im 18 years old and I'm from South Africa!!! Ariana Grande is my Snowflake because she is unique!!!

Ariana Grande is one of my biggest Role Model Along with Justin Bieber, Selena Gomez, Lucy Hale and Ashley Benson!!

No one can tell me to stop loving her there might be haters but I support my idols!! Ariana Grande Is My Biggest Role Model!!!! She Taught me how to Grow Love and  Grow Peace!!!!

Retrieved from "https://arianagrande.fandom.com/wiki/User:EternityOfLove?oldid=75886"
Community content is available under CC-BY-SA unless otherwise noted.