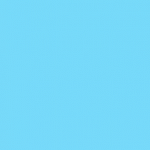 Welcome to my user page!Edit

My story of being Ariana Grande's fanEdit

I never heard about her until a video game called Just Dance 2014 was about to premiere, then I found out that her song The Way would be in the game, and I was kinda like "Wtf is that song?" (not insulting anyone, that was just what I thought). Later, in 2014, checking Billboard Hot 100 weekly became my hobby, and I saw Problem high on that chart. Later, that song got confirmed to be in Just Dance 2015, so I listened to it. In the beginning I didn't like it that much, but I got quite interested in that song, and it was stuck in my head a little. On July 13, 2014, I heard this song on the radio again, and then it became my jam. On July 16, 2014, I downloaded some songs including Problem, and seeing Ariana had a new song Break Free, I downloaded it too, and then I fell in love with it, it became my favorite song, its lyrics expressed how I felt, and were kinda teaching me how to be strong. In September I listened to One Last Time and Why Try and I liked them too. On October 15, 2014, a few days after downloading Spotify, I listened to many songs of My Everything, and I loved this album so much, it became one of my favorite albums (with Best Mistake - one of my favorite songs), as well as Ariana became my second favorite singer, and she even sometimes competed with Lana for my favorite singer, and it lasted for a while, but later Lana won though xd. In October/November 2014, I was very obsessed with Bang Bang - at the time 2014 was ending, I called it and Fancy by Iggy Azalea ft. Charli XCX my two favorite songs of 2014. My obsession with Ariana was kinda disappearing a few months after she released the last single from My Everything, but it kinda came back when Focus was about to come out. In the beginning I was like others - I could complain about this song and Jamie Foxx's vocals, but after like a month, I completely stopped paying attention to his part, it got stucked in my head, and became one of my favorite songs. Currently I'm waiting for Ariana's next album, and Be Alright is my favorite "previewed" song at the moment. I got very mad when we found out Focus had been cut from the album.

Thanks for reading! If you have any questions, ask me.

Also, this page hasn't been updated for a long time.

Retrieved from "https://arianagrande.fandom.com/wiki/User:Stanley56?oldid=64648"
Community content is available under CC-BY-SA unless otherwise noted.